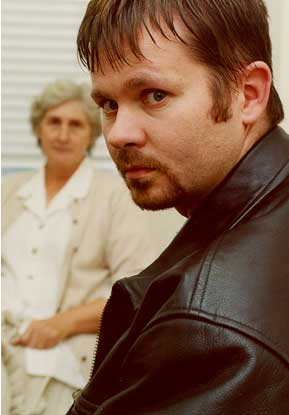 John Crimpton sits on a bus headed for his hometown of Cincinnati, Ohio. In his lap rests a worn bible, a small duffle bag full of his sparse belongings and a slip of paper. On the slip of paper is the name Renaldo Vasquez. John is one of the nations more than 650,000 inmates to be released from a correctional facility this year. Renaldo is a victims’ advocate and Restorative Justice Mediator. John has served his time behind bars but justice has yet to be done for the victim of his crime.  Renaldo seeks to assist in this process. Restorative justice programs have sprung up all over the nation. These programs reduce recidivism and secure public safety by restoring dignity to victims and offenders alike and by creating a space for reconciliation and true justice to take root (Price). To achieve a peaceful coexistence, our society must forego it’s punitive approach to criminal justice, and adopt a more restorative approach.

Prisons have historically been a place of punishment for wrongs done. It is only in recent years that prisons have begun to be thought of as a place of rehabilitation and even fall short of that most of the time. In the early 1800s, “Industry, obedience, and silence” was the motto for the new Auburn model of penitentiary in New York State. It was during this time that Gustave de Beaumont and Alexis de Tocqueville paid a visit to the United States to tour the new facility at Auburn to bring back any applicable methods for implementation in France. Upon their return they remarked “while society in the United States gives the example of the most extended liberty, the prisons of the same country offer the spectacle of the most complete despotism” (Beaumont and Tocqueville 119).

The physical state of affairs for prisoners continued a varied degree of improvement throughout the decades leading to present days. Sometimes prisoners were used as subjects for medical experiments including lobotomies and vasectomies; sometimes they were treated more humanely. What ever the case, prisons continued to be primarily a place of punishment and retribution until the mid-1970s when the Prisoners Bill of Rights was formalized by The National Advisory Commission on Criminal Justice Standards. The adoption of these standards marked a turning point for prisoners that is still being felt today.

Although a bill of rights for prisoners was a good beginning in securing more humane treatment of offenders, it has little effect on true justice. Victims and their families are still left without a clear channel of redress for the pain and suffering inflicted by the perpetrator of a crime, while prisoners have become the denizens of an elaborate, privatized warehousing industry. This warehousing of inmates has the reverse of the desired effect. Instead of causing crime rates and recidivism to go down, it has been discovered in recent research that crime rates have actually risen with the increase in the incarcerated population (Pew Center on the States 17).

The restorative justice movement seeks to bridge the gap between the victim’s need for justice and the offender’s need to be punished for the infringement on another’s rights. Restorative justice does not seek to lessen the responsibility that an offender takes for the crime they have committed; it works to ensure that full responsibility is taken for decisions made by the perpetrator of the crime. When people and communities are brought together for the sake of healing, real justice can be served.

The restorative justice process has many methods for the performance of the reconciliation process. Some of the methods include: victim-support, mediation, conferencing, problem-oriented policing and both community and institution-based rehabilitation programs. This process is usually carried out by licensed social workers, volunteer mentors and trained mediators such as Renaldo Vasquez, and can take months, even years to be fully realized. Once reconciliation has taken place, rarely do victims or offenders lapse into a place of resentment, self-pity, anger, or fear and people on either side of the restorative justice coin report happier, fuller lives a result of undergoing this sort of reconciliation process. It is just this sort of process that leads to a more productive workforce, safer communities and fuller, richer lives for all people.

Crime will happen, people will step on each other’s toes, and they will want justice and above all peace. A punitive system does not satisfy this want for peace, it merely appeases the emotional response from our lower nature for revenge and makes a tidy case for lawmakers as they seek re-election on a “tough-on-crime” platform. John Crimpton has served his period of retribution for the state. He, along with his victim along with the assistance of Renaldo Vasquez will seek to rise above the lower human emotions and seek reconciliation and in turn, true peace.

Beaumont, Gustave de, and Tocqueville, Alexis de. On the Penitentiary System in the

Pew Center on the States. One in 31: The Long Reach of American Corrections