Of Magic and Music Snobbery 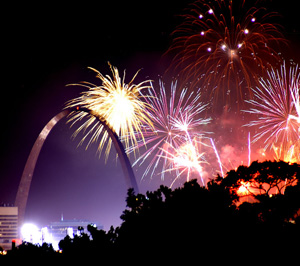 “I don’t ever want to understand the science that makes those work,” she said with that sly, half cocked grin of a child dazed by the wonders of the universe. “I want them to remain just as they are right now, magic.” This comment was of course in reference to the fireworks crackling overhead just a few days ago on the fourth of July. This really doesn’t have anything to do with anything except that it was sheer poetry that infected my brain like a nasty summer cold that just won’t let go. —

I’m a music snob. There, I said it. In 12-step circles, they say that admission of a problem is the first step in recovery. If that is so, I guess I’m on my way to recovering from my musical snobbery.

Just what is a music snob you ask? Well, a music snob is that person who always has a song playing that no one has ever heard of, from an album no one will ever buy, by a band that no one will ever go see, because they don’t ever play out, because they have no money for a tour bus, because no one (except me) has ever bought their album. That may be a bit extreme, but it should give you a rough approximation of the condition.

Oh sure, I have the obligatory Led Zeppelin, Beck, Coldplay and even some Katy Perry on my ipod. (Obviously for my teenage daughter… obviously) That’s where it ends though because after that, the average scanner of the artists in my ipod will be confounded with the sheer volume of stuff no one has ever heard of. Take for instance Breathe Owl Breathe or Dan Deacon. No one except the waiter at Saturn Cafe in Berkeley knows who they are.

Really though, I’m not here to tell you all about my weird music fetish, I’m here to talk about magic. Specifically the magic that occurs when you take a dozen or so addicts and alcoholics, the people who live in the margins of our society, and put them in a sweaty van with no air conditioning.

These people have lived their lives right into the ground and when they want to make a change, they come to see me. I love this role. I love these frequently unlovable people. By the time people make it to my van, they have all but drained themselves of every last ounce of self-respect and it is my job to help restore that …aaaand drive them around.

So anyway, in my van the person sitting shotgun controls the radio. There is frequent contention over what song gets played when and why the person controlling the radio hasn’t switched the channel from the inevitable commercial, but every so often the magic happens. It’s that thing that occurs when everyone in the van agrees with what is on the radio. This moment is pure delight. Everyone in the van puts on their best singing voice and belts out the lyrics as best they can. The voices range from sort of talented to not talented at all and everything in between, but there is a joyousness, a camaraderie and release that is absolutely magical.

One such afternoon, our good friend Eminem comes on with his anthem for the downtrodden, Lose Yourself. Everyone in the van takes a very serious tone with this piece of music. As I watch the faces and listen to the passion in these kids’ voices, I realize that this is their song. Most of them have lived the life this guy is rapping about. This silly little white kid from Detroit is giving them a voice; a voice they didn’t know they had, and it is beautiful. I find myself singing along to the refrain after a while and the transformation has become complete, we are one.

The music did this. The music is magic.

Later, Otis Redding comes on with his anthem for the lonely, Sittin’ On The Dock Of The Bay. Once again, the connection is made and these people who would normally not mix are singing along like a scene from one of my top five all-time favorite movies Almost Famous (pay attention at about 2:08 — poof, you are home). A connection is made, a connection so simple, so human. A connection missing for so long from these men’s lives. This connection is the essence of recovery, recovery from any disease, cancer, addiction, music snobbery.

This connection is magic, and frankly, I don’t ever want to understand the science behind this connection, I want it to remain just as it is right now, magic.