Grapes, two oranges, and a small ration of wine 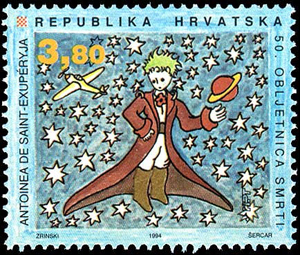 A small bunch of grapes, two oranges, and a small ration of wine walked into a bar and… No, I’m not really going to go there but… yeah, that was dumb.

Anyway, those slim rations were all Antoine de Saint-Exupéry had when he found himself marooned in the Sahara Desert after a plane crash. The crash occurred as he was attempting to pilot a plane from Paris to Saigon in 1935. He and his navigator were attempting to make the trip faster than anyone before had ever made it. He didn’t do it. He never completed that flight and never went on to make another attempt. As a matter of fact, he disappeared during World War 2 and the mystery of his death remains to this day.

What a way to go.

I was wondering the other day how a boy should go about transforming public opinion, the lives of ex-cons and addicts, build a successful business that will pay for it all, finish his MBA, raise a couple of kids that don’t suck, and still find time to be a somewhat normal human being. And hey, if there’s still time after that, that boy might want to even take a picture or two with his camera and blog about all the madness. Oh, and then there’s that whole sleep thing.

So how would that boy manage to do all of that while possessing only a small bunch of grapes, two oranges, and a small ration of wine? Or, more realistically, seven days distributed evenly across the fifty-two weeks of every year, each containing only 24 hours? Oh, and there’s that whole finance thing. How can he pay for it all?

That boy is gonna need help. That boy will need support.

That boy ran across a quote today that a dear friend pointed out to him via a pink post-it note in a treasured anthology of blissful spiritual madness long ago. That quote from our friend Antoine de Saint-Exupéry reads, “If you want to build a ship, don’t drum up the men to gather wood, divide the work and give orders. Instead, teach them to yearn for the vast and endless sea.”

If that boy that we were speaking of wants to build the life he dreams for he and many more, he will need to enlist the help of many. Applying the wisdom of Saint- Exupéry, he should not issue orders, he should not design grand schemes; he should simply inspire the passion in others to serve. The passion to serve, and the humility to be served are the essential principles for all human advancement. This idea has the power to literally transform people overnight. Where once there were people marooned in their own deserts of shame, remorse, and self-pity, there are now inspired and motivated people ready to move the idea forward.

What will these people do, what are they capable of?

Funny thing about the discovery of this quote, it came at exactly the right moment. It came mere hours before a pivotal meeting where work would be divided, orders would be issued and plans would be laid. It came at the precise moment to be of supreme value. Huh, weird.

As I read the quote to my CEO, his eyes lit up. He and I both knew that this was the path. No need for detailed plans, they will manifest as the work begins just as the quote manifested prior to the plans being laid, and the shared connection manifested before that. We should trust that the same universe that holds the clouds in the sky, and feeds the birds that fly in them, will provide exactly what is needed when it is needed.

I think I can live with that.

Funny thing, as I left the meeting, Mike said, “Maybe you should see who this Exupéry guy was. Perhaps he has some other gems out there.”

A quick google search yielded the answer, this Exupéry guy was a pilot, a drunk and a failure at marriage, education and business. He died from who knows what, maybe a potential suicide by plane crash. Maybe not. Perhaps more importantly though, he was a writer; he penned a modest story called The Little Prince.

I find myself saying “funny thing” more and more these days, not because there is so much humor in my life, but because there are so many synchronistic events chris-crossing their way between those 24 little hours we’ve all been gifted, that it’s starting to become a bit overwhelming. You see, the same dear friend that marked the quote in the book, who also inspired me to embark upon this journey in the first place, who has provided me with so many moments of enthusiasm, encouragement, and illumination, also suggested that I read this Little Prince book.  On several occasions.

All of this seems fairly simple and far from miraculous. But for me, it was sheer magic. It was one more shred of evidence that that same universe that causes the earth to rotate around the sun at the precise distance to make the planet livable is also conspiring to move all of us forward. And, if this is the truth, why would we hold back? Why would we think for one moment that we cannot… anything? Why would we believe the lie that there is a limit to any possibility?

A call to action:

Go inspire someone to yearn for the vast and endless sea. Go out and begin to move in a direction, any direction and see what happens. I’m headed that way, right after I stop by the library and pick up that book.

I’ll let you know how that works out for me.