Morality Hath No Place In Faith 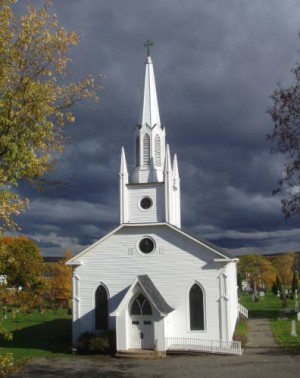 Since the dawn of humanity, man has sought to somehow account for those things which he cannot otherwise account for. Early civilizations created myths to help them to understand the nature of their surroundings, and to provide solace in the rather harsh reality people of the time found themselves in. As time wore on, the simple stories of the gods and their exploits began to evolve and eventually wore thin in the face of the new evidence the brightest mathematical minds of the day brought forth. With the birth of Christ came a new chapter to the faith and morality game. All of a sudden, the world had a person who claimed to be God. This set in motion a train of circumstance which would influence the next 2000 years of history, not always lovingly or peacefully despite the claims of most Christian leadership. The question of morality’s place in faith and religion has influenced scholars, thinkers, and religious leaders for centuries. Slowly, the world is learning that the ultimate form of faith is not a morality based religious or dogmatic experience; it is a belief that the world just works, a simple reliance on the fact that the world just is. While a good beginning, no morality or set of philosophical convictions can prepare a person for this type of faith, it must come from experience.

Morality, is defined by Webster’s dictionary as, “a doctrine or system of moral conduct,” in one sense, but goes further to say that it is also the, “conformity to ideals of right human conduct” (morality defs. 2a and 3). Morality, as defined specifically by the second definition, is not an idea open for discussion but a shackle to free and open thought; using this definition, morality is conformity to a specific code of ethical behavior typically assigned by a religion. In her essay entitled, Morality and Religion, Iris Murdoch seeks to detangle the idea that morality is dependent upon religion. She claims that, “Religious belief may be a stronger motive to good conduct than non-religious idealism” (Murdoch 736). Murdoch expands further, encapsulating this argument, the idea that religion is simply a tool to enforce morality by putting a price tag on compliance, namely the status of a person’s soul in the afterlife.  She postulates that a true moral philosophy needs no enforcement outside of the idea that it is beneficial to the whole (Murdoch 736-37). Morality in this sense is simply a mechanism of duty and nothing of the flowery, romantic notion that religious folk claim as they judge and condemn lesser performing souls from a moral hilltop.

The modern man, in his ever advancing quest for knowledge has forced nature to unravel many of her secrets through the development and refinement of the scientific method. The adoption of science as a god has left many to grasp at the straws of the modern myths still commonly circulated regarding such mysteries as the origins of man, the destiny of the universe and presence or non-presence of a soul, and what either might mean. Does this adoption of science as god leave morality in the background, freely discarded for a new millennium, completely man-made? Of course not; what it forces are questions regarding the role of this new-found information in the lives of contemporary human beings. Old fashioned religiosity and dogma stifle creativity, and true evolution which, given the millions of years of evolution thus far, can only be conceded as the true purpose any god would have for the manifestation of energy we have decided to call Earth. Murdoch claims, “that organized, institutionalized religion is an enemy of morality, and enemy of freedom and free thought, [and] guilty of cruelty and repression” (Murdoch 740). It is not morality in its own right that is at fault. It is the enforcement of morality. Morality by its first definition, “a doctrine or system of moral conduct,” is clearly benign, it has no authority to govern, control or manipulate (morality defs. 2a). It just is. Definition two, “conformity to ideals of right human conduct,” is where problems arise (morality defs. 2a). When people release their own right to decide their own morality, what “right human conduct” is and what it means to “conform”, they have lost all that it means to be human. By conceding what it is to be human, people negate the findings, accepted as true via the scientific method, that establish humanity as the pioneers of a new reality; one in which people are free to choose the moral philosophy that best serves the advancement of creation rather than the advancement of dogma and the conspiracy for the power which the “battle for souls” carries over millions of unsuspecting people.

In his essay, Morality as Anti-Nature, Friedrich Nietzsche compounds the sentiment expressed by Murdoch by stating that:

“Morality, insofar as it condemns for its own sake, and not out of regard for the concerns, considerations, and contrivances of life, is a specific error with which one ought to have no pity—an idiosyncrasy of degenerates which has caused immeasurable harm”( Nietzsche 721).

Nietzsche’s animosity toward the condemning nature of organized religion, its impossible moral code, and the religionists abusing the power associated with the trust placed in them by their constituents is shared by millions of disenfranchised persons the world over. Morality’s place in this world for means other than control is waning. A more effective method of instituting a moral culture would result if morality were to provide a loose framework upon which to hang the fabric of human experience, faith should then be the foundation upon which it rests. Morality and faith may rely upon one another for the upkeep of human interaction but the sum of the two should never be reduced to reproach.