On Google and Our Inability to Form Original Thoughts 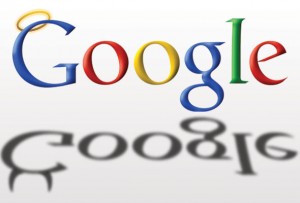 Google the words “perception quotes”. Now, invest twenty minutes reading the diverse information the search engine brings back. The breadth of those having something to say about the limits to human perception is vast. For thousands of years the majority of the human race has operated their lives in a vacuum, oblivious to the experience that lies just outside the bounds of their senses. For just as long, philosophers and thinkers, poets and clergy have inspired humanity to seek; to seek beyond that which can be experienced materially, and look to that which must be experienced in other ways. The problem with all of this inspiration is that the process for reviewing it has a major flaw; that major flaw is the human mind. Unfortunately, the human mind is not constructed for processing information in a vacuum. It relies on its composite experience to take new information, and decide what it means. Turning off the system human beings have evolved for deciphering, and breaking the material world into manageable pieces  is difficult; most people are incapable, and even more haven’t the desire to turn it off.

Turn on the television. The screen is infested with non-stop information. Twenty-four hour news cycles, and non-stop reality programing have viewers wired for instant gratification. True thought, if ever present, readily takes a back seat to the images dancing across the retinas of the unsuspecting, unaware viewer. The stimulating nature of the television is remarkable. These images speak to the need for reassurance that human beings have that they are having the correct experience, that they are doing the right things with the right people for the right reasons. If true thought has taken a back seat to these images, original thought isn’t even in the car. While speaking of the Idol of the Marketplace In his essay entitled The Four Idols, Francis Bacon comments that ,”words plainly… force all into confusion and lead men away into numberless empty controversies and idle fancies” (Bacon 583). In this example, confusion represents perceived experience. If the mind has evolved a method for deducing its current personal experience from experience it has had before, it stands to reason that perceived experience, such as that garnered from the television, would pollute the sample group, and as Bacon points out, “lead men away into numberless empty controversies and idle fancies.” This pollution is a key element influencing the flaw that is the human mind.

Television is a grave factor in the bastardized development of modern man’s thought; but just as grave is the advent of the internet, specifically, the search engine. “In a 2004 interview with Newsweek, [Sergey] Brin of Google said, “Certainly if you had all the world’s information directly attached to your brain, or an artificial brain that was smarter than your brain, you’d be better off”” (Carr). Really, an artificial brain would make humanity better off? In this example, who defines better? Is mankind better served by the synthesis of all human knowledge input directly into the brain of a user? Is wealth and power determined by the quantity of knowledge or the pursuit of understanding? Is there room in the middle? As search engines, and the internet they govern become more, and more powerful people will continue to change the way they decipher information. Doors of perception that have long been closed, due to lack of sufficient stimuli, will be further barricaded by the convenience of all the world’s secrets on a single scroll.

As knowledge is condensed, and made readily available to all, man’s desire for questioning perceived reality will diminish. No longer will questions go unanswered; no longer will society wonder. All knowledge will be held by the internet. Should humanity commit the sum of its experience to such a cold, calculated usurer? Should trust be placed in a machine? Similar to the captives in Plato’s Allegory of the Cave, humanity will cease to wont for originality, and become resigned to watching shadows dance across the walls.  And, when confronted with the idea of a new, brighter, different reality, they will defy, recoil in horror and put to death he who is making the claim, for he could not possibly understand, where are his shackles (Plato 452-453)? The possibility for forming new ideas will be limited by the perceived depth of existing knowledge assimilated by the machine.

Throughout history, man has bemoaned change. Socrates feared the development of writing would lead to laziness and forgetfulness. Critics of the printing press vocalized the fear that the printed word would, “undermine religious authority, demean the work of scholars and scribes, and spread sedition and debauchery” (Carr). The issue here is not with the advent of technology but again, with man’s ability to endure, and even enjoy the pursuit of things unknown, the investment of time ill-spent in the company of strangers forecasting the future based on the stuff of dreams rather than facts. This ability rests firmly in the ability to discard old ideas for new. This is a difficult process. In its book, A Course in Miracles, The foundation for Inner Peace proposes a method for training the mind, “in a systematic way to a different perception of everyone and everything in the world” (The Foundation for Inner Peace 1). They propose that it is possible to retrain the human mind to see things anew without the need for a false reliance on past experience. Imagine the world able to see itself for the first time as it is. The ramifications are shocking. Will anyone listen?

Carr, Nicholas. “Is Google Making Us Stupid? What the Internet is Doing to Our Brains.” The Atlantic. The Atlantic Magazine. July/August 2008. Web. 10 October 2010.